The dangers of gases

Most gases fall into one or more categories of inert, flammable, oxidizing, toxic or cryogenic. Those that are classified as inert or reactive generally don’t undergo chemical reactions under particular conditions and include nitrogen and argon.

For flammable and toxic gases, it is essential that sensing technologies exist that can give early warnings of leaks or abnormal levels in the atmosphere. 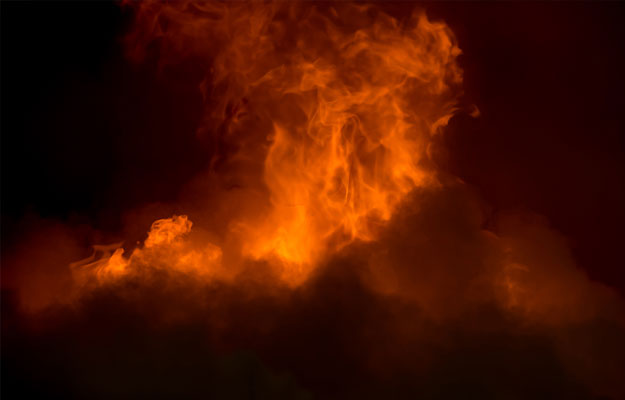 Gases such as methane, acetylene, butane, ethylene and hydrogen can burn or explode under certain conditions. The flammable range of such gases is measured when the concentration in the air or contact with an oxidizing gas is between its lower explosive limit (LEL) and its upper explosive limit (UEL). The gas can ignite within these limits, whereas below the LEL it’s too lean and above the UEL it’s too rich to burn. Higher temperatures or pressures widen the flammable range.

Ignition will only occur in the presence of a source such as sparks, arcing, open flames or very hot surfaces. Auto-ignition is possible when certain gases such as phosphine with a low auto-ignition temperature (212°F) come into contact with a hot steam pipe or electric light bulb. If a compressed flammable gas heavier than air is stored in a leaking cylinder, flash-back can occur. The leaked gas can collect at the bottom of a vault, manhole, pit or basement and if ignited can flash back to the cylinder, resulting in its explosion.

Oxygen content in the air is normally 21% and when this is raised even slightly (23-25%), combustible materials burn much quicker. Combustible materials in industrial areas include petroleum vapor, oil, grease, hydrogen, sulfur compounds, plastics and clothing fabrics. Fires, where there is this enriched oxidizing gas atmosphere, can spread violently and be difficult to extinguish. Typical oxidizing gases include chlorine, fluorine, compressed air and nitrous oxide.

Carbon monoxide is colorless, odorless and one of the most common toxic gases. When carbon-based fuels do not burn fully or are burnt in areas without adequate ventilation, excessive human inhalation can result in death due to the starvation of oxygen normally carried in the blood. Early indications of carbon monoxide poisoning include tiredness, drowsiness, headaches, nausea, chest and stomach pains. Asphyxiation or lack of oxygen can also be caused by inhalation of inert gases such as argon, helium, nitrogen and methane in confined spaces. For clinical purposes, gases and vapors are classified into broad groups which produce acute or chronic effects. These are further subdivided into those which are locally non-irritant, irritant to a mild or severe extent with acute or delayed responses, and those which have systemic actions.

Oxygen, nitrogen, argon, carbon dioxide and helium can all be supplied as cryogenic liquids. Hazards include asphyxiation in oxygen-deficient atmospheres where vaporization in enclosed spaces has displaced the air, liquid oxygen condensation resulting in cold burns, frostbite and hypothermia and the risk of fire in oxygen-enriched atmospheres where the cryogenic liquid in pipes or containers has condensed the surrounding air. Apart from oxygen, which when vaporized into gas is light blue, most cryogenic liquids are odorless, colorless, and tasteless when vaporized into the gaseous state.