Sentir, a new condition monitoring system developed by CNIguard, is defining the solution to prevent and mitigate manhole events, a utility problem that occurs more often than most may think.

Manhole events usually occur when a mixture of melting snow and road salt washes into manholes, leading to the cables arcing. 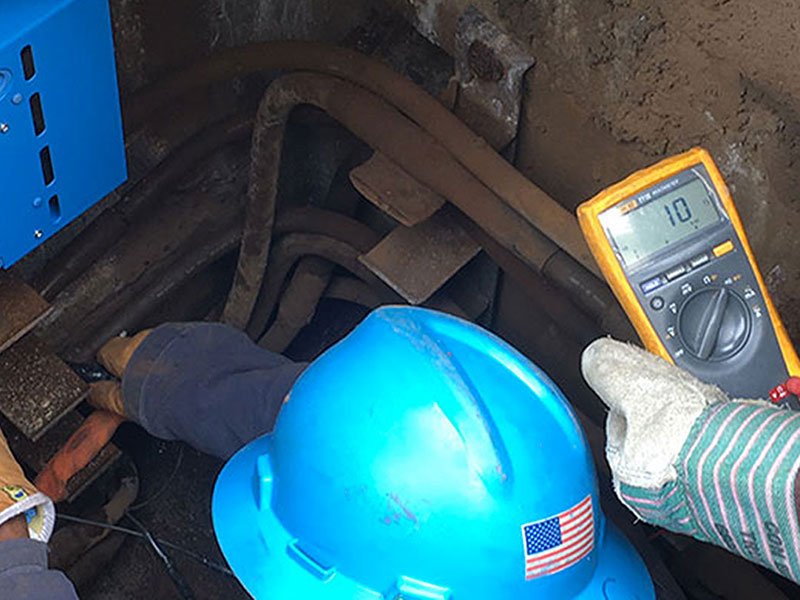 In partnership with New York City utility company, Con Edison, we have already deployed over 2,000 of our Sentir units within the streets of New York, with more to follow.

But what are the benefits? Our Sentir manhole monitoring system incorporates a remote inspection device which is embedded in the manhole to monitor temperature, humidity, flooding, salinity, carbon monoxide, methane and stray voltage. These sensors, which include an IR camera, transmit data back to an online dashboard viewable on a laptop or smartphone where the network can be monitored and analyzed in real time for early warning signals, enabling predictive maintenance and rapid response to any issues.

Should gases or salt rise above safe levels, engineers can be deployed to repair damaged or worn cable in the manhole, thus reducing the chance of a serious manhole event or service interruption.

Speaking about the Con Edison project, CEO Dr Edward Klinger said, “As part of this grid modernization, over 9,000 deployed SenTir units will be preventing real incidents and proving ROI via delivered cost savings, reduced risks to the public and utility crews as well as improving service levels. We are amassing data from underground networks enabling Con Edison to monetize the data by seeing and understanding, for the first time, exactly what’s going on in its infrastructure in real-time.”