Stray voltage appears where there is electric potential between two objects that would normally not have any voltage difference between them. Metallic electrical equipment enclosures or street furniture may possess large voltages due to a variety of faults in the electrical distribution system.

Some of these faults include damaged or degraded conductor insulation, corrosion and capacitive coupling. Technically, stray voltage is not considered hazardous and is defined as within the range up to 10 volts. However, the term is now universally used to describe any unwanted electrical leakage, including contact voltage, which specifically relates to voltages resulting from abnormal power system fault conditions where surfaces can be contacted by the public or animals. Such voltages may lead to severe shock or even death. 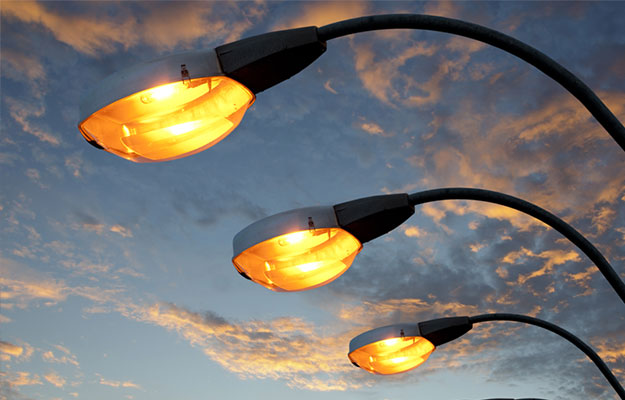 When conductor insulation fails due to degradation or damage, a high impedance path may allow current to flow to ground via human or animal contact, or potentially cause electrical fires due to overheating of conductive components in the path. Regular failure of insulation occurs where there are extremes of temperature coupled with the damaging effect of de-icing salt washed from road surfaces underground to the distribution system.

Where metal cabinets, street lights, drain grids or other objects are not grounded and are close to conductors carrying alternating current, capacitive coupling can occur whereby voltages can appear due to the electric field proximity. These are generally not dangerous due to the lack of current that can be supplied. However, this is not the case for overhead transmission lines where high voltage conductors must be earthed prior to any maintenance of the line at the risk of causing electrocution.

Stray voltages due to electromagnetic induction can be present where long conductors can form an open grounded loop when running parallel to transmission or distribution lines. If a person comes into contact with the conductor, potentially hazardous current will flow through them to ground. The effect can typically occur on long fences running under high voltage overhead transmission lines.

Unbalanced loading of 4-wire three phase systems exhibit current in the neutral conductor. This can lead to current flowing through the earth as a partial parallel return path rather than the normal route. Farms can be particularly affected, causing livestock to be electrocuted via milking machines if proper neutral isolators are not installed.

Unfortunately, stray voltage only manifests itself when there has been a shock incident, customer complaint or discovery during electrical work. However, systematic periodic testing for stray voltage by utility companies is now becoming more common due to the liability resulting from an incident, whether minor or serious. This is generally only carried out in urban environments. The equipment used is usually electric field detectors, tester pens and low impedance voltmeters. For improved efficiency and coverage, vehicle-mounted detectors are increasingly being utilized.

CNIguard’s Sentir SX range of manhole monitoring systems are equipped with flying probes that can be attached to conductive surfaces of underground infrastructure or street furniture that closely monitor AC voltages up to 130V. Warning and emergency thresholds are set to signal alarms to the customer monitoring dashboard upon stray voltage detection.